skip to main | skip to sidebar

It's been some time since the state of Ohio posted any updates about their plans concerning outdoor wood-fired boilers. Finally though, they have made up their minds:

“Ohio EPA has decided not to pursue a statewide "one-size-
fits-all" rule at this time regulating OWBs as was
released in draft form in February 2008. That draft rule
generated considerable public feedback.

“Upon further evaluation, Ohio EPA determined that the
most efficient regulation of OWBs would be by individual
communities based on localized conditions, such as
population density, topography, distance between homes,
etc.”

Instead, Ohio has decided to regulate those who choose to burn non-traditional materials. Simply put, don't burn trash, tires, rubber or plastic, etc and the Ohio EPA will leave you alone. Hawken Energy outdoor furnaces are built for burning only wood.

We would like to thank all those who responded to the EPA when this issue was first brought to public comment. Hawken Energy is very active in protecting the rights of wood burning citizens everywhere. This decision by the Ohio EPA shows that the public comments have had a major influence on their decision making process. 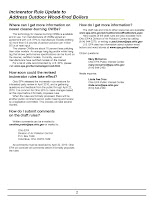 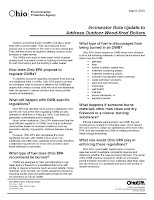 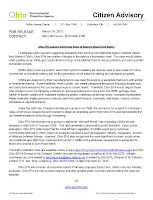 Email ThisBlogThis!Share to TwitterShare to FacebookShare to Pinterest
Labels: Regulations